Kybella vs. CoolSculpting: Which One Is Better For Double Chin Reduction?

So You Hate Your Double Chin.

Ok, “hate” may be too harsh of a word, but seeing your neck in the mirror? Ugh. You wish it just… went away. You know most of your friends don’t really think about their necks, nor they plan the one and only right angle when posing for a photo. People have many angles where they look good! People have options! But you? Your neck is not your friend. Your profile is not flattering at all – all due to the fat pocket that just won’t go away no matter how much you diet or exercise.

We have both good and bad news for you. The bad news is – yeah, neck fat can really be a burden, and it usually doesn’t react to restrictive diets or sweating in the gym. The good news, though, is that there are solutions to this problem, and they don’t even involve surgery. In fact, we have TWO solutions for double chin – two non-surgical treatments that promise to erase this part and let you take selfies however you like. They’re called Kybella and CoolSculpting.

Both Kybella and CoolSculpting are FDA-approved to treat this area, and while they are used for the same area and achieve similar results, the way they do it is very different. See below for details!

Who Can Get the Treatment

The non-surgical treatments for double chin, namely Kybella and CoolSculpting, are not for everyone. What does that mean? First of all, these treatments are best for non-obese persons. That’s because some fat you can simply (and healthily) lose if you take care of your calorie intake and moving your body. If you’re a non-obese person and have a double chin, mostly due to genetics, this is the treatment for you.

On the other hand, if your double chin issues are basically issues with loose skin, unfortunately, you don’t qualify, either – because these treatments target fat, not the skin. Maybe consider a neck lift instead? So if you’re a healthy individual of an average weight for your age and height suffering from a double chin, chances are you can benefit from either Kybella or CoolSculpting.

Kybella is an injectable specifically designed to combat double chin. It is actually a synthetic form of deoxycholic acid, which is naturally found in the human body and whose function is to break down fat cells. Once injected into the double chin, Kybella will dissolve a fat cell membrane and destroy the cell. Once these cells are destroyed, they will be metabolized and exit the body. And that’s it! The process takes time, though, as patients usually need several treatments months apart. Once it’s done, that’s it, and you won’t need any touch-ups, as the results are permanent. If you want to find out more about Kybella, make sure to check our page about the treatment!

CoolSculpting or CoolMini: The Factsheet

From the CoolSculpting kitchen comes the CoolMini device, designed to target smaller fat pockets, such as the double chin. Have you heard of CoolSculpting yet? It’s got all the rave – and for all good reasons. CoolSculpting is a device that uses the cryolipolysis process – in plain English, it’s the freezing of the fat cells. The device cools the pocket of fat so much that it freezes, and the cells die. The rest of the process is the same as with Kybella – the dead cells are broken down and metabolized. If you’re worried about the cold device touching your body, don’t feet. The fat freezes at a higher temperature than skin or muscle, so it’s risk-free. Patients usually feel the cold, but they are given a blanket and can chill – literally!

How Soon Will You See Results?

With Kybella, the process of metabolism of fat cells takes weeks. Most patients report seeing a reduction in their double chin after two sessions, and then more significant results after four sessions. Because sessions are a month apart, this means that the entire process takes at least four months. Most patients see their final results after six treatments in six months. Buckle up, it’s gonna be a long ride!
When it comes to CoolSculpting for double chin, you will notice the first results about four to five weeks after the treatments. The final results will emerge after 8 to 12 weeks. CoolSculpting also requires undergoing multiple sessions.

How Effective are Kybella and CoolSculpting Mini for Double Chin?

Patients of both treatments report excellent results. Different doctors and aestheticians talk about different results in terms of percentage and numbers, but generally, this is what happens. Kybella patients see a 10% reduction after six weeks and a 25% reduction after the series of treatments is made. In CoolSculpting Mini patients, one session can reduce neck fat by a whopping 20-25%. Both treatments offer final results that feature a strong jawline and an improved angle at which the neck intersects with the jaw! The ideal in humans is 90-105°, so the closer you get to the ideal, the more youthful you look. Now, that’s something worth waiting on!

What Is The Price of Both Treatments?

This is again a question that is best answered in person by your injector or aesthetician. Not because we’re hiding something, but because the price varies on the number of sessions, which depend on the state of your double chin. For reference, take a look at the price list at Vibrant Skin Bar in Arizona. Prices in other parts of the country may be lower or higher! If you’re a regular and know how much you need, you can even buy the treatment at our online shop.

Which One Should You Choose? Kybella or CoolSculpting?

Now you know how both Kybella and CoolSculpting work on double chin removal. But which one is the right treatment for you?
As always with aesthetic treatments, the answer to this question is not easily told online without us having a look at your specific case and your own double chin.
Both treatments are non-surgical, which is a great advantage in itself. A treatment being non-surgical means that it’s less dangerous (no matter how common the procedure, there are always risks with surgery), requires fewer preparations, and less downtime. And it’s usually less painful! So in this way, whichever you opt for, you’re in for a treat because you won’t require long times off work.
If your schedule is super full and you don’t have time, maybe opt for Kybella – the treatment lasts less than half an hour. If you’re afraid of needles, skip Kybella. If you suffer from claustrophobia, maybe CoolSculpting won’t be the best for you, as you will have to wear a bandage on your head that secures the device under your chin.
Sometimes small pockets of fat cannot fit into the CoolSculpting device. In such cases, Kybella is a more viable option.
Finally, this is a decision that’s best made by your medical professional. We hope we did clear up some confusion, though, and equipped you with knowledge for better questions to ask in your clinic or med spa. The best treatment is the one that gives the best results to you – not your cousin or neighbor, who certainly have different habits or genetics than you do. Talk this through with your medical professional, and they are bound to find the perfect treatment for your double chin! 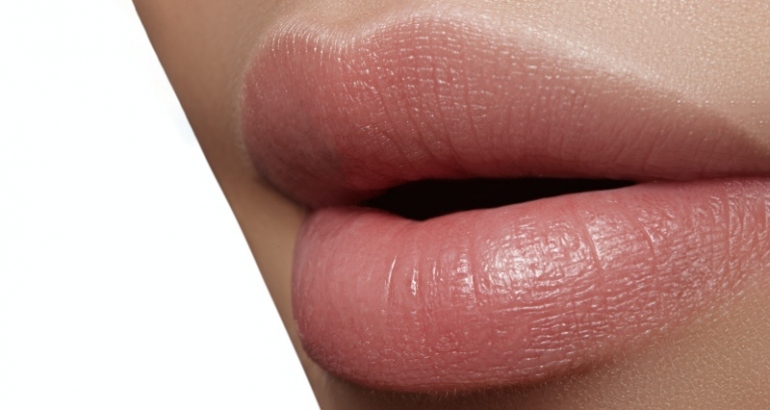 How to Dissolve Lip Fillers